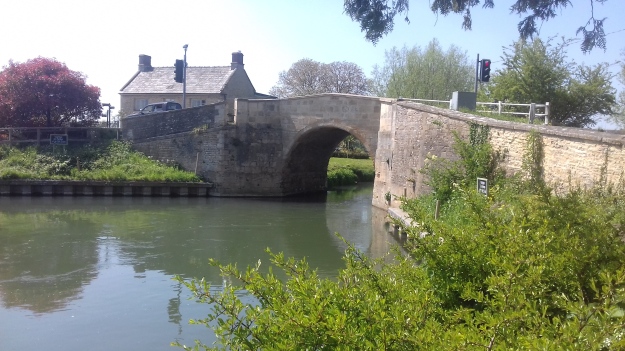 Radcot bridge over the River Thames (which, I believe, gets bigger by the time it gets to London).

The Lord of The (Chain) Rings

The weekend was good for TV – there’s a rarity – watching The Lord of The Rings, ‘The Two Towers’ on Saturday evening and ‘The Return of The King’ on Sunday – both for the umpteenth time.

I hope Peter Jackson lies awake in bed relishing the wonderful work he did to make that trilogy – but I fear that he might more likely lie awake in bed at night wondering how on earth he could also have made The Hobbit trilogy.

I’m not sure if I dreamt it but I think I remember Sam saying something to the effect ‘Yes, Mr Frodo, let’s take the ring to Mordor, but don’t ask me to cycle from Caen to the alps’.

The final stage of the Tour de Yorkshire (the 4 day stage race which is a key legacy from Yorkshire’s very successful hosting of the TdF start in 2014 – we went up for that and it was magnificant) was on Sunday and saw one of the great solo breakaway wins in pro cycling.

Stephane Rossetto (Cofides) rode to victory in a solo break which lasted over 120km. Admittedly, the field was not the strongest ever seen in a pro race but second in the stage (and overall winner) was Greg Van Avermaet (2016 Olympic road race champion) with Serge Pauwels in overall third – so not at all shabby.

On Tuesday I went to Dorset with Philip (the giver of very good advice in my everesting in the alps last summer) for a birthday ride with Phil (who accompanied me on my 11th repetition while everesting) who was 60 last week and is back from Germany for a few days visiting family.

Coffee was on the Isle of Portland that we had climbed above earlier.

Lunch was in Poundbury which is an experimental ‘new town’ on the edge of Dorchester. It is built on Duchy of Cornwall land (owned by Prince Charles) with a simple basic idea of creating ‘a high-density urban quarter of Dorchester which gives priority to people, rather than cars, and where commercial buildings are mixed with residential areas, shops and leisure facilities to create a walkable community’.

It’s a pastiche of all sorts of building styles. It has been mocked as a feudal Disneyland but has proved very successful with a growing and diverse community. Certainly, lots to admire but, aesthetically, I really did not like it at all – to me it felt like a Hollywood film lot or something out of the Stepford Wives. 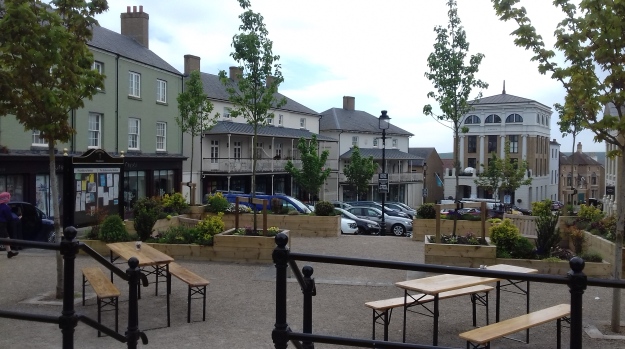 On the way back we stopped to look at the Cerne Abbas Giant – a 180 foot tall chalk figure of a naked man cut in the hillside. Not surprisingly it’s the site of a number of fertility rituals. At least it seems he was excited to see us! 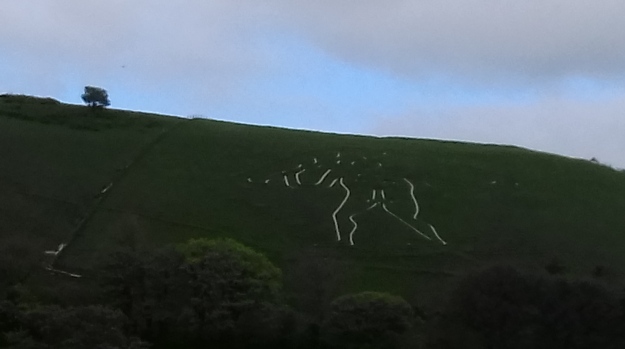 Although it’s early days, this 3 consecutive day training block idea is tough. I’ve done successive days before but generally on the turbo and for shorter distances – and my turbo reads generously!

Admittedly, my first 3 day block was 4 days and as of Tuesday I’d done 7 rides in 8 days (plus a run and a gym session) – but although my legs feel tired, they do respond reasonably well once asked to perform again.

This was particularly true of Tuesday when my legs felt pretty empty from the outset but they held it together on a very hilly 100km.