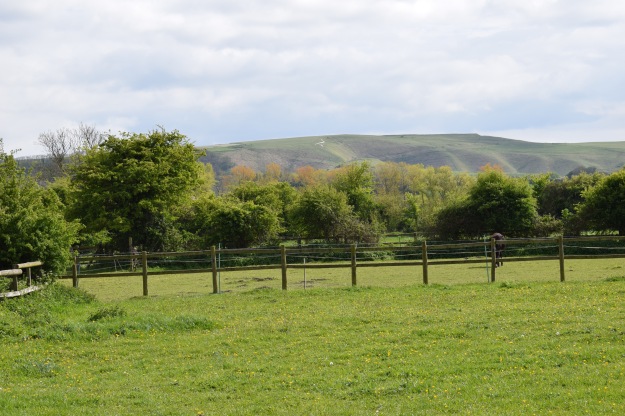 It’s now 8 weeks to the proposed everesting attempt – time to get serious (or at least, serious-ish) about the training.

This week has been improving after last weekend’s chest infection and although I’m still able to blow out satisfying amounts of muck, I’ve got back to some exercise. Thursday saw a trip to the south coast and a 8.5km run along the Bournemouth beachfront with my wife. We ran, gently, again this morning – just over 6km.

Yesterday I reintroduced myself to Dragon Hill Road which leads up to the Uffington White Horse. It’s about 1km with just over 90m of ascent. With the ride out there and back, 5 reps of the hill turned out to be 30km – an hour and a half of riding with 674m of climbing.

I hope the chap at the bottom of the hill with the broken rear derailleur and the young lady I helped with a puncture both got home safely. 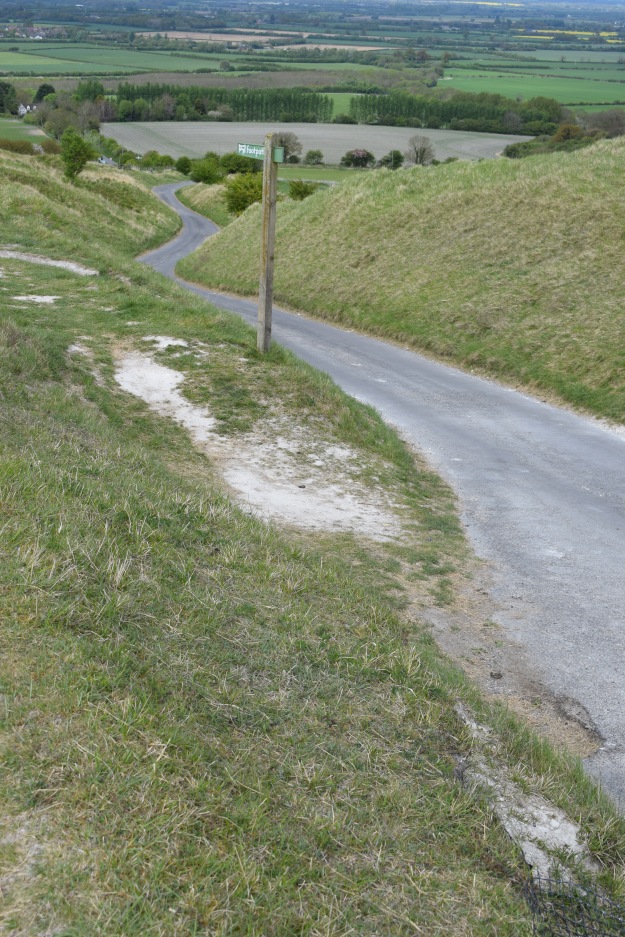 Looking down on the lower half of the climb

Absolutely no one has asked me why I’m not going to do the everesting on Dragon Hill. The answer is that (while it’s no M4) it’s a bit too busy with cars, a bit too narrow (a car and a bike is a squeeze) and at 9% or so it’s a bit too steep (with a flattish section in the middle, meaning some parts have % gradients up in the high teens). 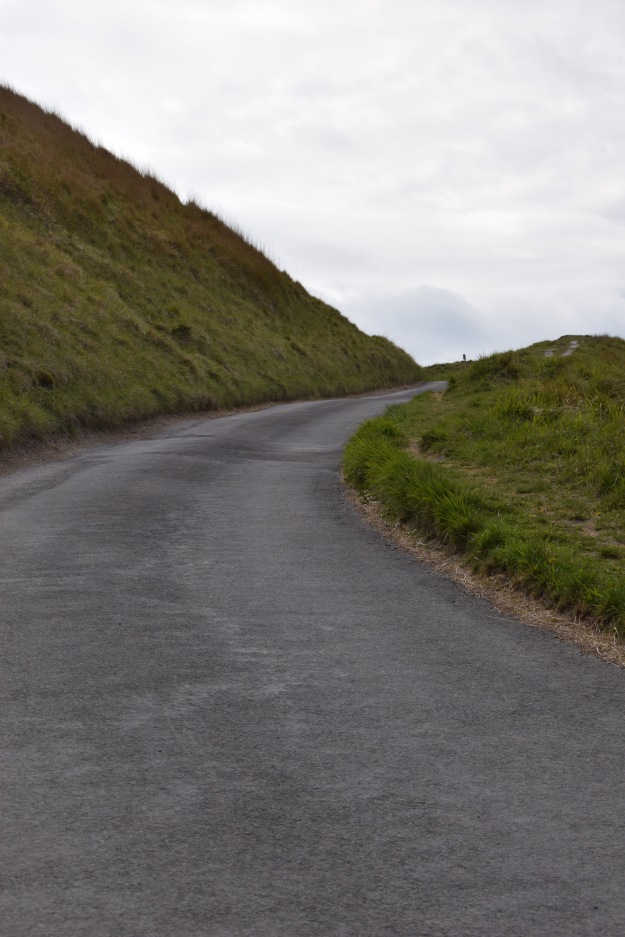 Up towards the top of Dragon Hill

One problem with everesting is that it involves both climbing and distance (8848m and, I estimate, 280km respectively). Accordingly, I think the aim this week must be to ride at least 3 times – one longer ride and two sets of hill reps. A total of 15 reps of the Dragon, coupled with a ride of at least 60km has to be the minimum aim this coming week.

A fourth and fifth ride would be good, weather and time permitting but I’m likely to run twice with my wife so that might be pushing it a bit.

Under promise, over deliver (I hope).